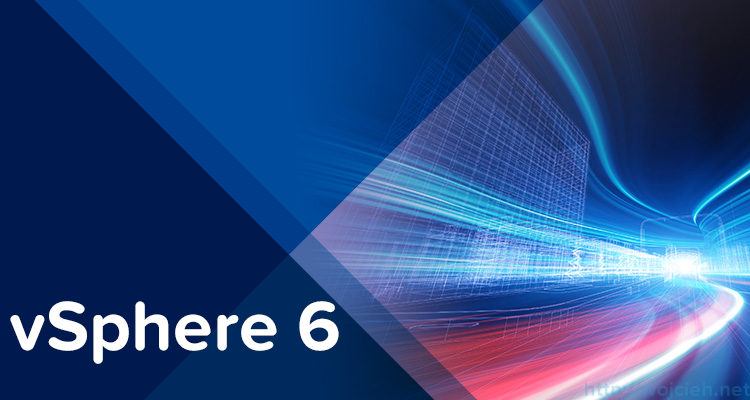 On February 2 VMware announced latest release of vSphere 6. CEO Pat Gelsinger in his session announced that this release is the biggest vSphere VMware did so far. More than 650 new features and innovations makes it the best platform where you want to put your virtual machines regardless of size or performance requirements.

VMware doubled or tripled in some cases scale improvements.

Now using new ESXCLI commands you can add local accounts to all hosts in cluster.

Same as with account lockout you can specify in ESXi Host Advanced System Settings password complexity. Previously you had to edit /etc/pam.d/passwd file on each host.

The second mode is “strict lockdown mode.” In this mode, DCUI is stopped.

This functionality is for U.S. federal customers only. It enables DCUI login access using a Common Access Card (CAC) and Personal Identity Verification (PIV). An ESXi host must be part of an Active Directory domain.

When a vNUMA virtual machine with the hot-add memory option is enabled and memory is hot-added to it, that memory is now allocated equally across all NUMA regions. In previous releases, all new memory was allocated only to region 0.

All vCenter Server services—such as VMware vCenter™ Inventory Service, VMware vSphere Web Client, auto deploy, and so on—are installed along with vCenter Server. There are no longer separate installers for these components, simplifying the architecture by combining functions onto a single machine. VMware vSphere Update Manager™ remains as a standalone Microsoft Windows installation. 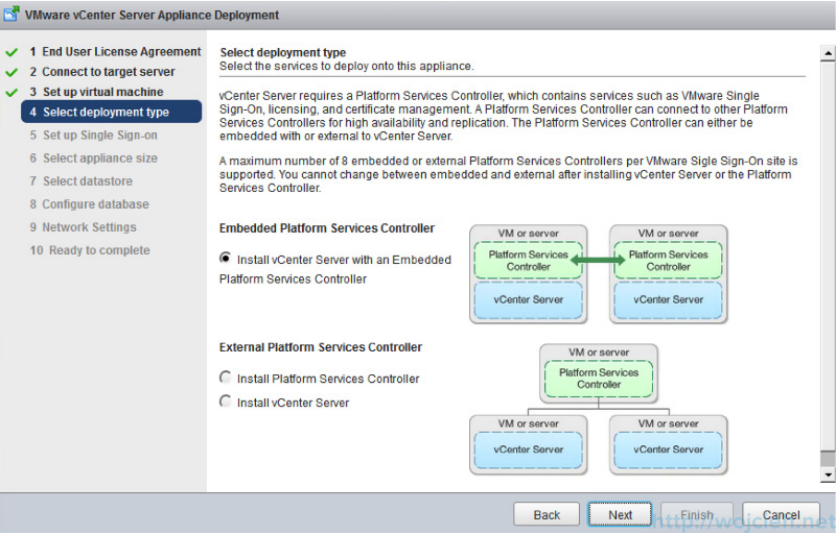 The PSC contains the VMware Certificate Authority (VMCA). The VMCA is a root certificate authority (CA) that issues signed certificates to all vSphere 6.0 components via the solution users. This secures the environment by using a CA to generate certificates as opposed to using self-signed certificates as in previous releases. The VMCA can also be configured as a subordinate CA, enabling it to issue certificates based on an existing enterprise CA. Organizations that have an investment in a CA can easily incorporate the VMCA into their existing infrastructure.

vSphere Web Client includes significant performance and usability improvements. The performance improvements are up to 13 times faster, menus and other actions are not at least 50 percent faster.

The usability improvements include a new drop-down menu that enables users to navigate to any area of vSphere Web Client regardless of which area they currently are operating in. The right-click menu has also been flattened, which enables right-click operations to be consistent across the UI. The task pane has been relocated to the bottom of the screen, making it easier to view Recent Tasks, which update in real time. The UI is also dockable, enabling administrators to customize their UI. 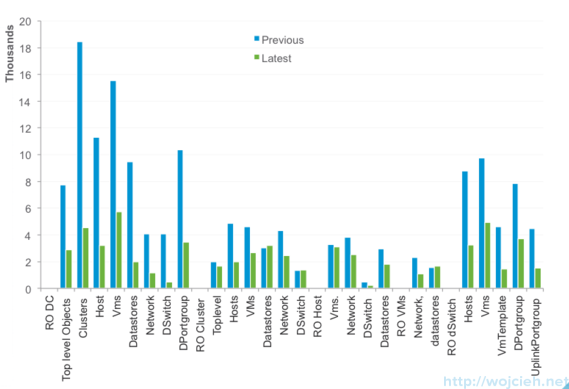 VMware vSphere vMotion® capabilities have been enhanced in this release, enabling users to perform live migration of virtual machines across virtual switches, across vCenter Server systems, and across long distances of up to 100ms RTT.

vSphere administrators now can migrate across vCenter Server systems, enabling migration from a Windows version of vCenter Server to vCenter Server Appliance or vice versa, depending on specific requirements. Previously, this was a difficult task and caused a disruption to virtual machine management. This can now be accomplished seamlessly without losing historical data about the virtual machine. 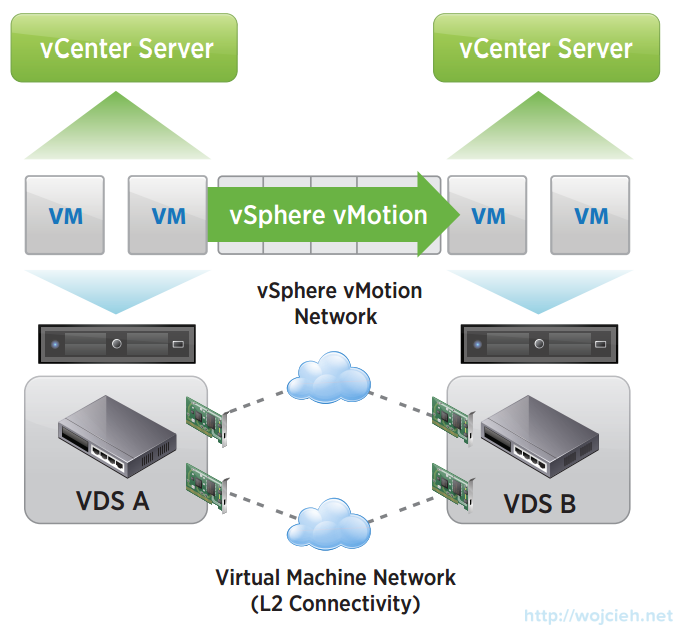 Previous versions of vSphere FT supported only a single vCPU. Through the use of a completely new fast-checkpointing technology, vSphere FT now supports protection of virtual machines with up to four vCPUs and 64GB of memory. This means that the vast majority of mission-critical customer workloads can now be protected regardless of application or OS.

With the growth in size and complexity of vSphere environments, the ability to prevent and recover from storage issues is more important than ever. vSphere HA now includes Virtual Machine Component Protection (VMCP), which provides enhanced protection from All Paths Down (APD) and Permanent Device Loss (PDL) conditions for block (FC, iSCSI, FCoE) and file storage (NFS).

The Content Library simplifies virtual machine template management and distribution for organizations that have several vCenter Server systems across geographic locations. It centrally manages virtual machine templates, ISO images, and scripts, and it performs the content delivery of associated data from the published catalog to the subscribed catalog at other sites.

Virtual Volumes implements a significantly different and improved storage architecture, enabling operations to be conducted at the virtual machine level using native array capabilities. With Virtual Volumes, most data operations are offloaded to the storage arrays.

Virtual Volumes eliminates the need to provision and manage large numbers of LUNs or volumes per host. This reduces operational overhead while enabling scalable data services on a per–virtual machine level.

Storage Policy–Based Management (SPBM) is a key technology that works in conjunction with Virtual Volumes. This framework delivers an orchestration and automation engine that translates the storage requirements expressed in a virtual machine storage policy into virtual machine granular provisioning capabilities with dynamic resource allocation and management of storage-related services.

VMware vSphere Replication™, the VMware proprietary replication engine, provides data protection and disaster recovery for the vSphere platform by replicating virtual machines within the same site and across sites.

vSphere Network I/O Control Version 3 enables administrators or service providers to reserve—that is, guarantee—bandwidth to a vNIC in a virtual machine or an entire distributed port group.

About Wojciech Marusiak
I am an innovative and experienced IT professional with over 14 years in the IT industry. My experience and skills have been proven by leading vendor certifications like AWS, Alibaba Cloud, Google Cloud, Microsoft and VMware. I contribute to the IT community and I received VMware vExpert 2014 - 2020, vExpert Pro 2018 - 2020 and VMware vExpert NSX 2017 Award. My blog wojcieh.net - was voted #76 in Top vBlog 2018 contest!
comments powered by Disqus