In 2017 I wrote about my new My HomeLab purchase. If you want to take a look on my HomeLab details use link Supermicro SuperServer E300-8D. It costs me a lot because I upgraded it to maximum capacity in terms of RAM and I was very happy about it. I installed my whole VMware environment and I was kind of using it. Unfortunately, I didn’t use it as much as I wanted. Under heavy load it was extremely loud. You cannot use it 24/7/365 at Home in normal environment.

Finally, I started to read in the Internet on different forums that some folks successfully replaced the fans on other different Supermicro Motherboards marked as X10SDV-TP8F. Following that lead, I purchased three Noctua NF-A4x20 PWM (4 PIN) fans and I replaced the stock ones.

In first phase I tried to replace the fans and mount them using rubber Noctua mounter. 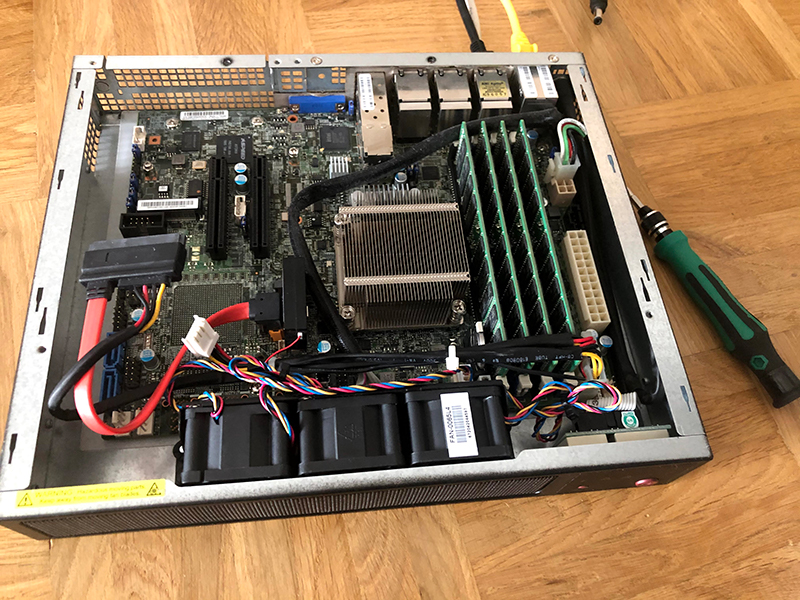 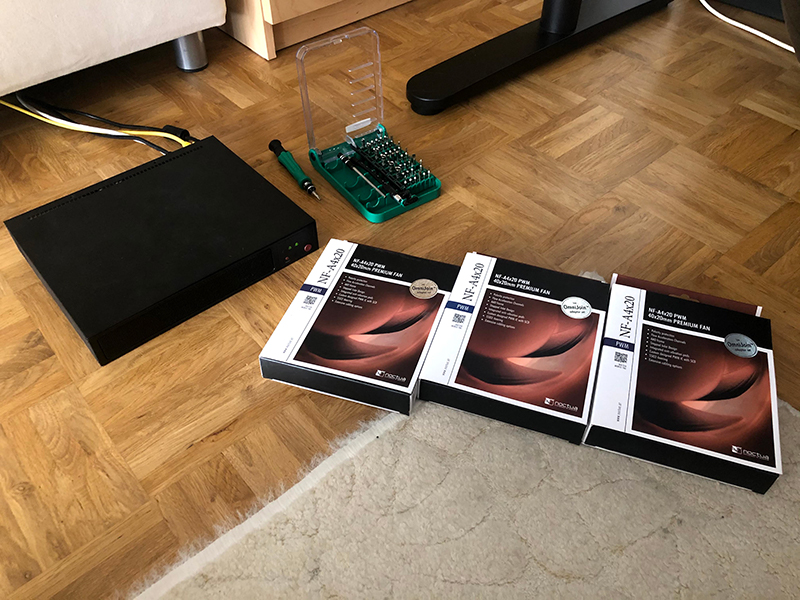 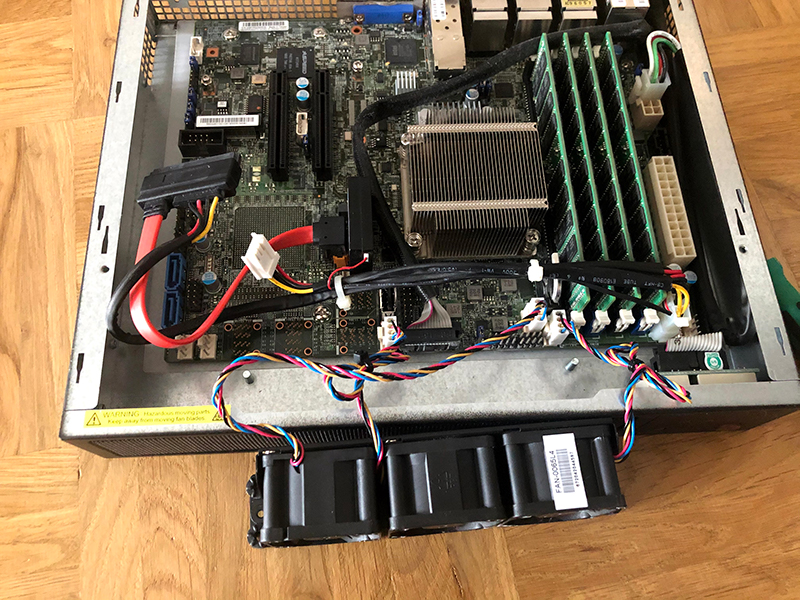 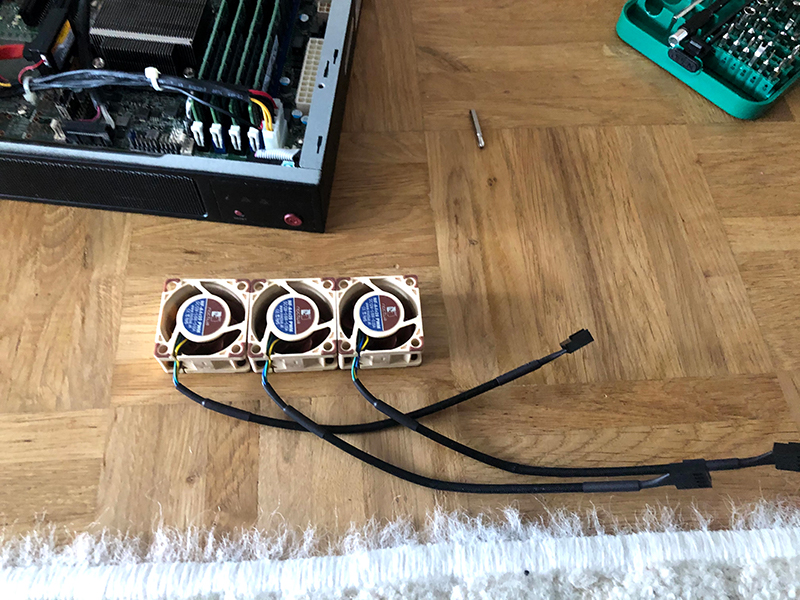 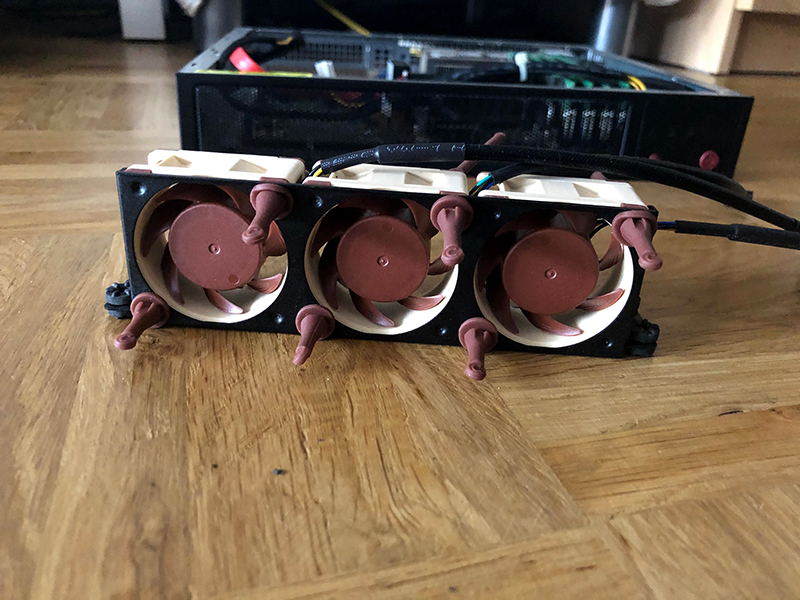 As you see on this photo they look very nice. 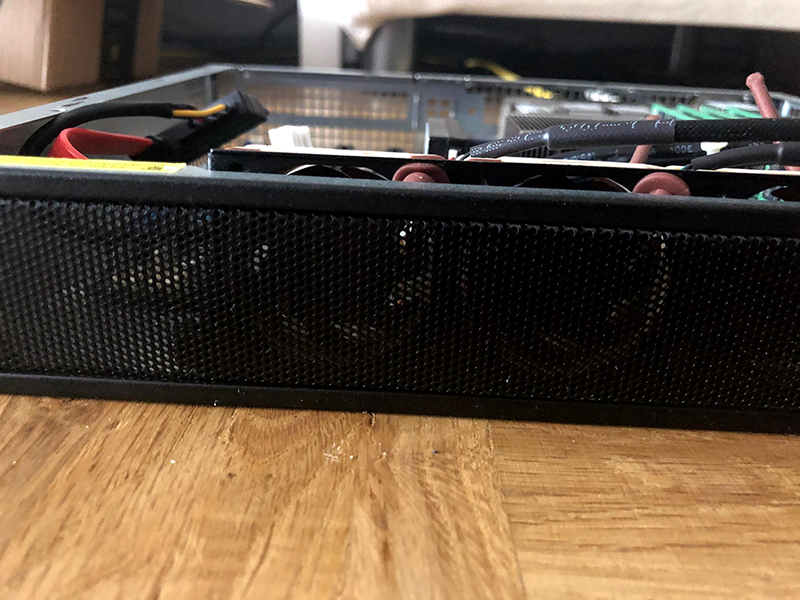 Mounted to the chassis they didn’t fit. I had to revert to screws. 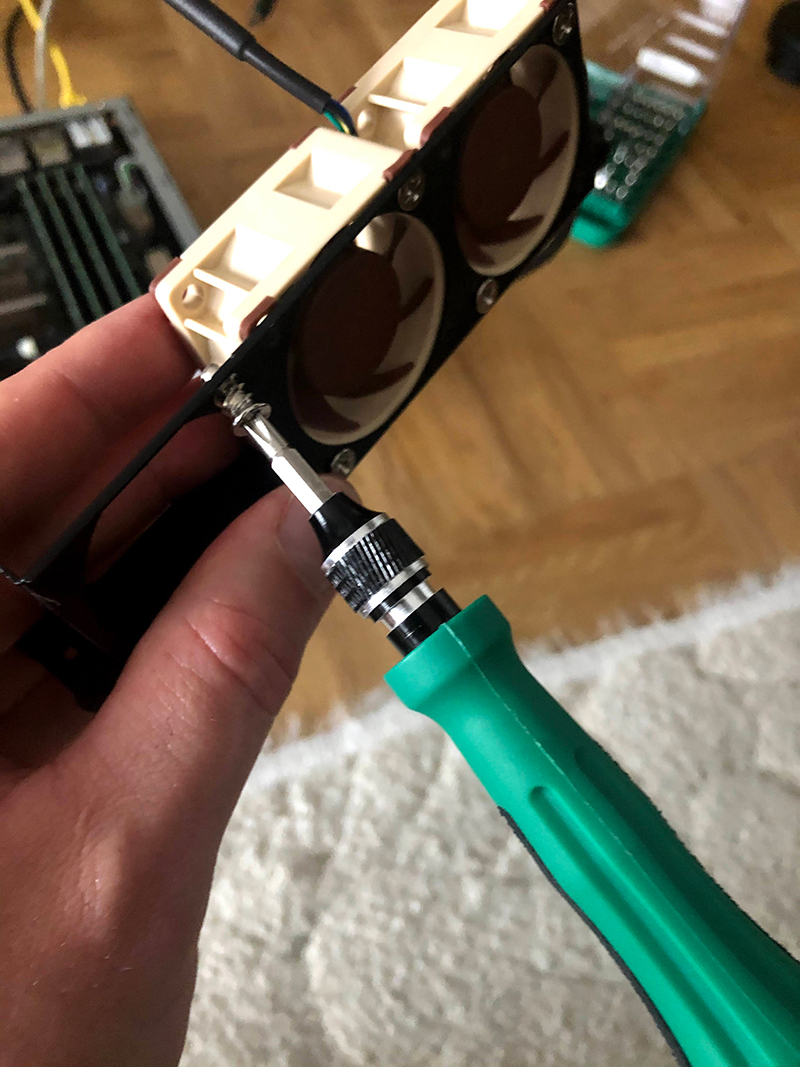 Noctua use some kind of weird screws so bear in mind that you need some angle when using screwdriver. 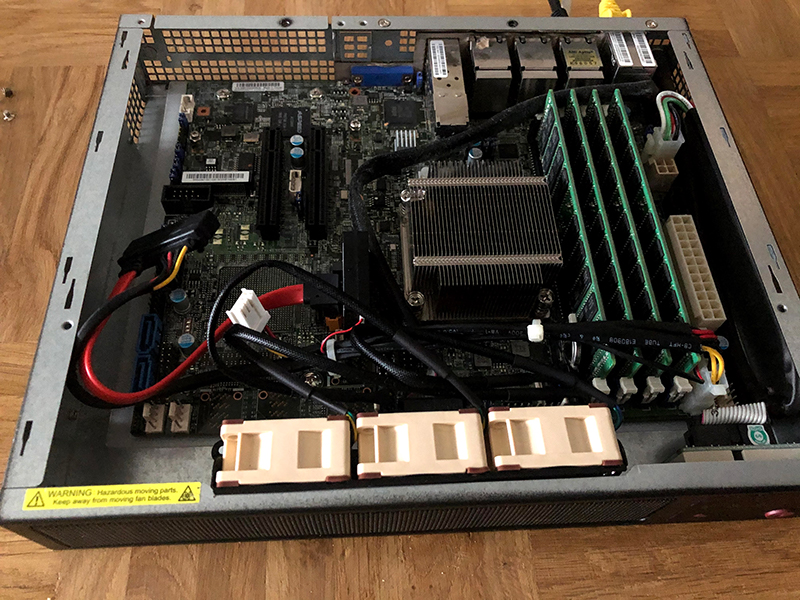 Replacing stock fans really pays of! If you have X10SDV-TP8F based Supermicro server do it. It is totally worth it. Although you have to accept much higher temperatures.

I didn’t stop there and I wanted to try out if replacing stock heatsink will help lower down temperatures. I purchased SNK-C0057A4L without knowing if it fits 100% on my server. Although Paul Braren from TinkerTry tested many Supermicro servers, he didn’t test Supermicro E300-8D with active CPU cooler SNK-C0057A4L. Without much to loose (only return shipment to the store if it wouldn’t work :) ) I replaced stock CPU heatsink with new active CPU cooler. 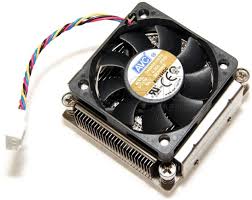 I suggest to heat a CPU a bit to make it easier for you to remove old heatsink. You can do it with hairdresser or as I did. I started my HomeLab for a few minutes, quick shutdown and after removing screws I was able to remove it without issues.

In package there is as well backplate which was supposed to be installed on the motherboard. In my case I skipped it. 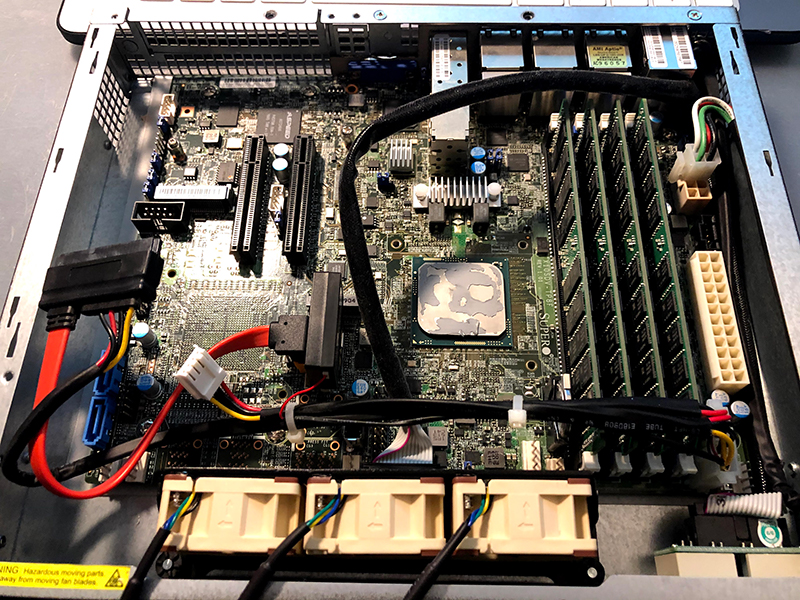 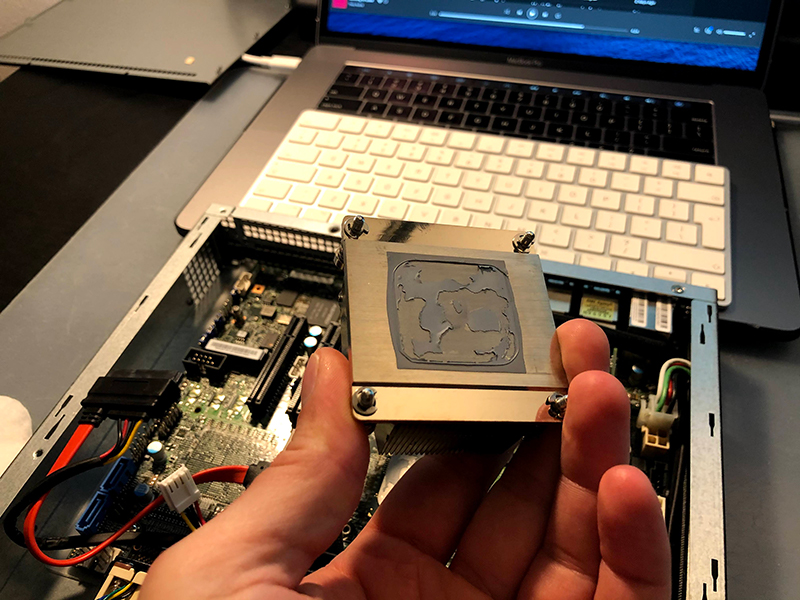 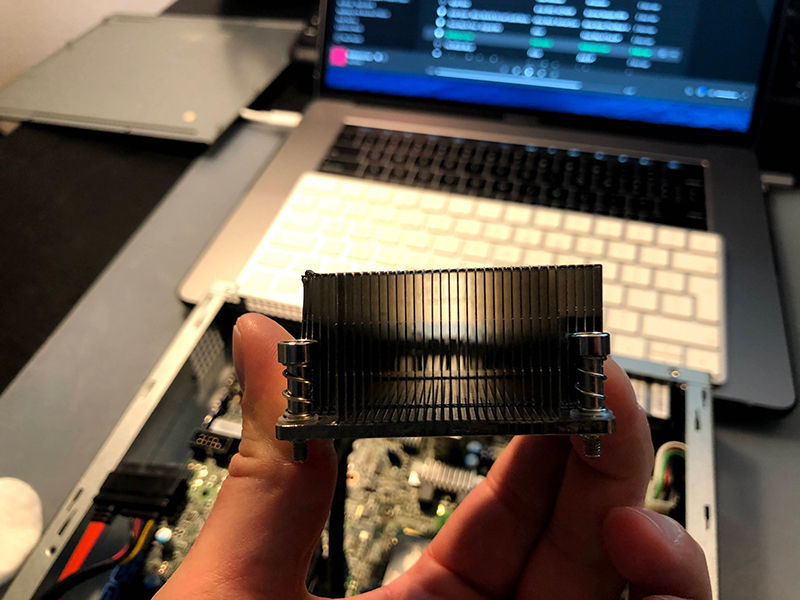 I cleaned up the processor and without any issues I installed new CPU cooler. 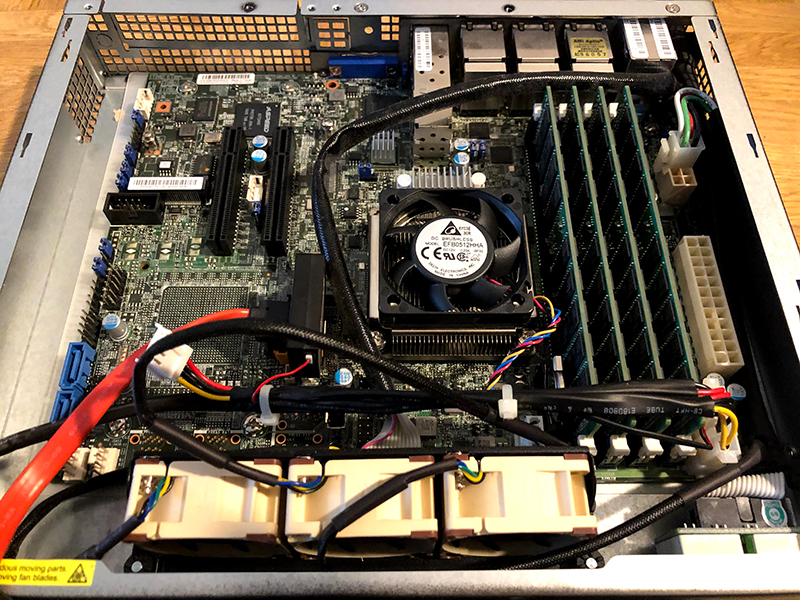 As you see, processor temperature decreased significantly, especially under full load from 88° to 75°.

Almost at the end of the test I forgot to check what kind of settings I configured in BIOS 🤦‍♂️. Generally speaking all test were conducted on Set Fan to Optimal Speed settings. I realized that if I change the BIOS fan setting to Set Fan to PUE2(Power Utilization Effectiveness) Speed.

With that setting in BIOS configured I finally found the sweet spot between noise and decibel level. 44 dB is ideal for my living room and it generates less noise than my Ubiqiti switch.

About Wojciech Marusiak
I am an innovative and experienced IT professional with over 14 years in the IT industry. My experience and skills have been proven by leading vendor certifications like AWS, Alibaba Cloud, Google Cloud, Microsoft and VMware. I contribute to the IT community and I received VMware vExpert 2014 - 2020, vExpert Pro 2018 - 2020 and VMware vExpert NSX 2017 Award. My blog wojcieh.net - was voted #76 in Top vBlog 2018 contest!
comments powered by Disqus